You are 8 years old and you are given a cello! The cello is very big and impressive, you can hide yourself behind it, even become invisible… but you have chosen it, it is really what you want!
The cello becomes the instrument of your life.

Many years later I teach music at a primary school, in a small village nearby where I live. I always bring my cello with me, along with a big bag full of rhythm and musical instruments. And every time, as small as the children are I let them sit behind the cello, one by one. With my hand over the child’s hand I move the bow, and let the strings vibrate. The expression on those children’s faces is always an unimaginable emotion, it is an experience they will always carry within them, and I too am overloaded with a new energy, every time.
I also let the children sing songs while I accompany them with my cello: singing and playing becomes a play of voice and cello.

Some years later I give my first workshop in the south of France. My plan is to bring some polyphonic songs to have the participants sing in a choir setting. I bring as well some beautiful one or two-voice songs, when we sing the songs together I always accompany with the cello.
One day I invite a participant to sit behind the cello, a spontaneous thought! And, just like with the children of years ago, I take the woman in question by the hand, and let her experience the vibrations of strings and cello, later I invite her to let her voice sound as well. The expression on her face speaks volumes. Since then, the experience of the cello and her vibrations has been a highlight in my workshops, without exception miraculous emotions come out: it has happened that a participant has decided to pull down her dusty cello from the attic, or even to buy a new cello and take lessons!

“Your voice – My cello”, a journey to discover the potential of your voice in playful partnership with my cello.

‘Let your voice be touched by my cello’. 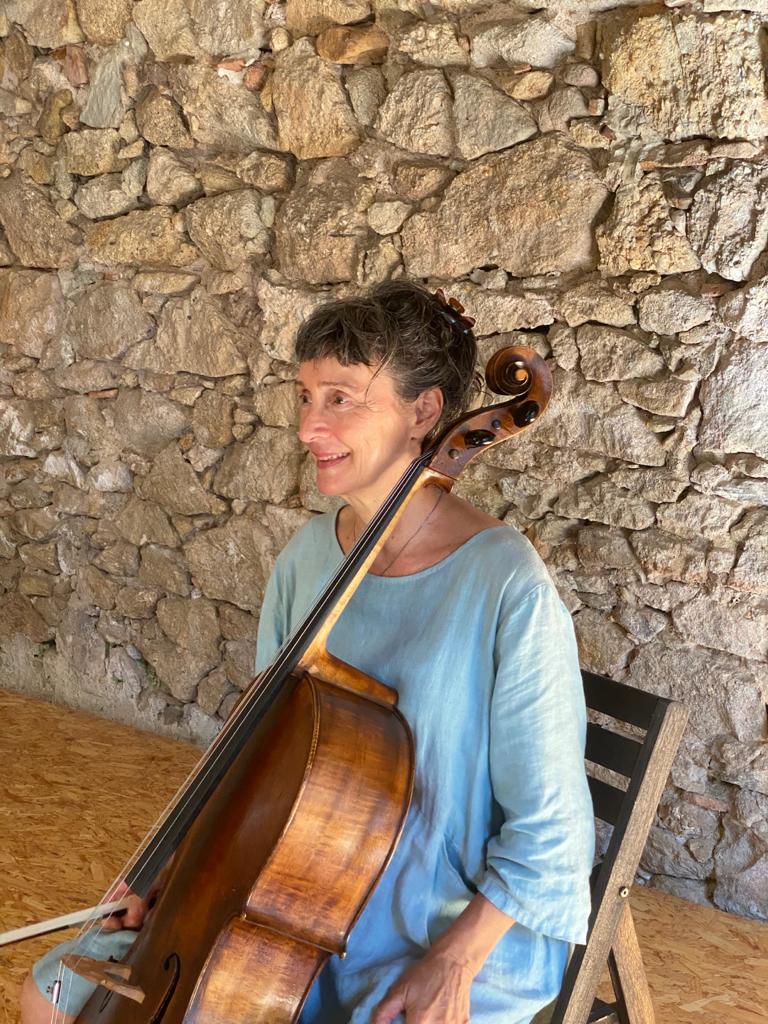